Voices of the people 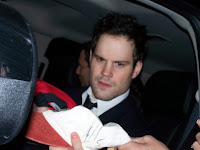 All the latest scuttlebutt from hfboards:

Make some room! Any extra sens avatars lying around?

Right here, anything not in the claimed avatars folder is free to use. Just let Moz know which one you'd like to claim (or if you ask nicely he may make you a custom one) and you're good to go!

Pics from the Red Zone:

Originally Posted by SilverCup:
oh, something I just realized.

Elisha Cuthbert was in Comrie's car.

The "I Would Like To Kick Myself For Saying Trade Alfie in the Offseason" Thread:

the man is flat out playing a game that legends are made of. he does absolutely everything. i still cringe sometime when i see spezza darting through the middle or mezaros playing with it in his own end or emery giving up a huge rebound but i don't think there's a player i trust more than alfie. when he's on the ice, i can finally breath out a bit. i would let him watch my first born child.

Emery in a car accident?:

I was on the queensway today and saw a white hummer on the side of the road. There was zero damage to it.

About 50 yards back, was a car that was banged up in the front. I was looking for Ray, but couldn't see him.