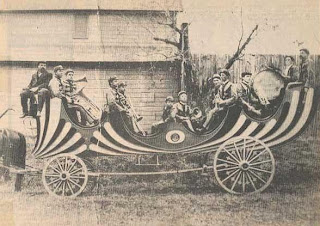 Alrighty Canada. We pulled out the bandwagon from the 1927 cup run. There's lots of room for those of you that were thinking Vancouver might ride Luongo all the way to the finals. Squeeze in everyone. We expect a big crowd after Saturday night.

Melnyk said he believes Leaf fans should put their bitter rivalry aside and join the rest of Canada in supporting the Sens' run for the Cup.
"All you Leaf fans, all I can say is get on the bandwagon because we're going all the way this year," he said.