A gift from a loyal reader.... 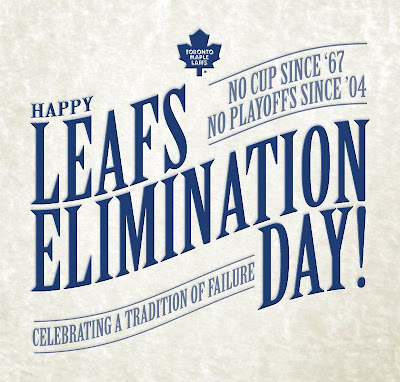 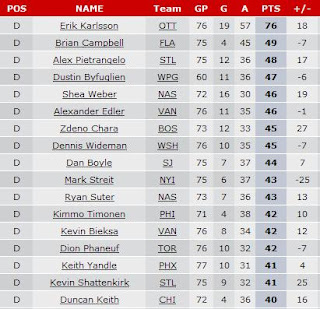 Remember when Burke was the best executive in the NHL?

Remember when the Leafs' Top-6 was so good Kadri couldn't make the team?

Remember when the Leafs' D-corps was so good the Toronto defense was the deepest in the league?

Remember when Francois Allaire was going to make the Leafs' goaltending tandem the best 1-2 in the NHL?

I remember.  Do Leaf fans?

Notice: registered commenting & an upgrade to the newest blogger template are in the works so things may do some funny things for a while until the bugs are worked out.  Patience is a virtue (unless you're Brian Burke, then you'll make major changes to impress rather than making well reasoned changes to build a foundation for a long-term successful club)
Posted by THM at 9:37 a.m. 6 comments:

Help me. Help you.

Whattya say we cheer for each others teams tonight?

Leafs beat the Bruins and the Sens beat the Lightning has implications for both teams.

Toronto passes Tampa Bay and sits in 11th.
Ottawa move within 2 points of the Bruins.
Wouldn't it be nice to win the division Ottawa fans?

Lets make a deal. I'll keep swallowing back my own puke as I cheer for Spezza to score and you do the same for Kessel?

It would also be really nice if the Rangers, Detroit and Carolina could beat the Flyers, Devils and Caps. But if I had to choose one, I would take a Capitals loss which would put the Leafs tied for 9th, with 16 games to go, and still a game in hand on the Jets.

Not that I'm scoreboard watching or anything...

Welcome to the Randy Carlyle era.

Interesting what is coming out now that Wilson is gone.

Carlyle's immediate assessment is that the Leafs are not fit enough to play to their strengths, which are speed and forecheck. Allegedly, Wilson's practices were quite light, giving the players Sunday off every week so long as there wasn't a game. His gameday skates were optional and about 15 minutes (can you imagine driving to the rink, getting dressed, tying up your skates, for 15 minutes of shoot-around?).

Carlyle cancelled the Sunday "day off" and took the players through a 45 minute hard skating practice. He also wants to change the defensive system, which, according the what I've been reading, under Wilson the d-men were coached to cheat to the outside in order to pick up pucks and transition to offense faster. If anybody was reading, this was my issue with Wilson just days before he was fired, that the d-men seemed set-up to go on offense instead of focusing on defence. Excuse me while I shine my knuckles on my shirt!

Also, Burke admitted in the outgoing press conference that him and Ron Wilson had their differences on how gritty the team should be, that Burke preferred a more rough and tumble style than Wilson, a brand of hockey that Carlyle prefers. It has also been reported that former norris winner Carlyle has focused much one on one time with his defenceman, namely Phaneuf, Komisarek and Schenn. What has been said in those aside scrums, who knows, but if I had to take a shot in the dark, it might be Carlyle reiterating his tough defence-first strategy and asking these players to do what they all do best, which is to play meaner back there. All three of these players have that skill and it would be welcomed by this particular Leafs fan.

So, the major questions that remain:

1. Does Carlyle have enough time to implement a new system or at least change some aspects?
2. Is Jay Rosehill really enough added toughness to get this team meaner as Carlyle would like?

All of the major NHL power rankings are now out; each is the first of the post-deadline segment of the season.

Yahoo rankings are live and based on fan voting, there appears to be no in-house ranking.

No surprise that Ottawa is held static or improved, though I think Ian Mendes may be in charge at Sportsnet.

What *is* surprising is that ESPN's Pierre Lebrun has indicated that Toronto has improved in the time between rankings.  Sure, he had no idea of what would happen Tuesday or Wednesday night this week, but c'mon.... is he really the only journalist on the planet blissfully unaware of what is happening in TOR?

Here are the links: