In Lieu of Actual Commentary... 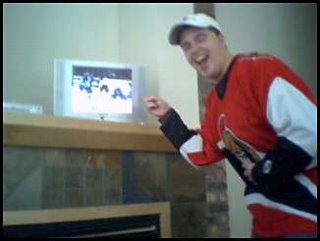 It was 5-0 at that point, and I was pretty much rolling on the floor by the time they punched in the last three.

There's plenty more where that came from, Leaf Nation -- just be thankful we're just closing out October and you're not in a late April scrap with the Islanders for the last playoff spot in the east. May Saturday's arse-whooping haunt you for the rest of the season.