Signs it is not your year

The vandals smashed the 122-centimetre (four-foot) granite structure to smithereens and stole the bronze plaque that recorded the victory on March 10, 1903 when the Ottawa Hockey Club defeated the Victorias of Montreal.

The monument, erected 11 years ago at Bay Street and Gladstone Avenue, was at the site of the Dey's Arena, which operated from 1896 to 1920. The Dey family, wealthy local businessmen, built three hockey arenas in the city where the Ottawa Hockey Club -- also known as the Silver Seven and the Senators -- won its most notable early glory.

Update: Here's what the crackheads took to fund their habit. The saddest part: at the current rate, in 100 years that might be all that is left of Maple Leaf Gardens. Thanks to Gee for the pictures. 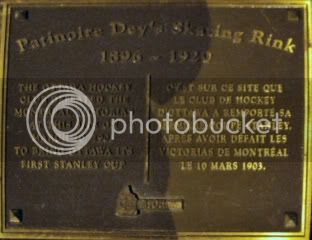 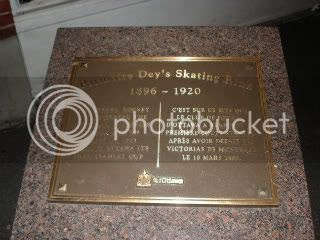