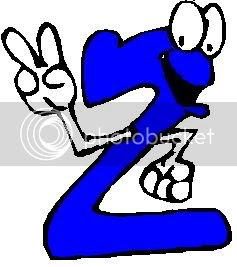 Oh the heady days of the sens rolling (or stumbling) towards the post-season when sens fans could laugh at the Leafs' inevitable failure of a run for the second season. "You're blowing your chance at a top pick!" or "Why not tank guys, you're just going to get smoked in the first round!".
Well, the sens are now down 2-0 to the Pens and have shown that if Pittsburgh stops caring they can actually do anything. All of the rest of the time they have been manhandled and dominated. It's been so bad that that shrinking violet Sidney Crosby called it domination. sens fans have been able to remember just why they lost the Stanley Cup to Anaheim as once again Jason Spezza and Dany Heatley have disappeared at the first sign of strong opposition while Mike Fisher yucks it up in the press box. There are 7 more years of frustrating playoff performances from the first pair. Enjoy!

p.s. the sens will draft 18th in the upcoming entry draft. Should have tanked.
p.p.s. yes, the numeral is laughing at your pain sens fans.