The sens need a miracle. At least, that's what the ottawa sun is telling its readers this morning. Anyone that has watched this series knows that it would probably be easier to walk on water or turn water into wine than to get this carcass of a hockey squad to win four straight games. Only two teams have ever come back from a 3-0 deficit and only one made its home in Ontario.

The 1942 Leafs fell behind 3-0 against the Detroit Red Wings. The Wings even had the audacity to invite the Leafs to their victory parade/party. It's eerily similar to the sens' move to put up images of the team's post-victory handshakes against the Penguins from last year. Both moves have played out about as well. 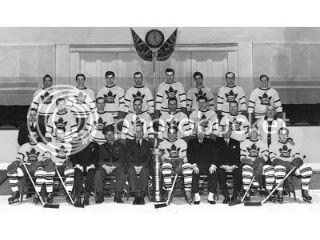 Last night the senators actually played a pretty good first two periods. On the first shift the team announced it's intention when Chris Neil hunted down Kris Letang on the forecheck. He then re-iterated what a moron he is by punching him in the face in front of the ref. Actually, the sens announced their intention with that embarrassing 'Leonidas' opening that was meant to amp up the crowd. The only problem with that was that his mike kept cutting out and it was a senators' crowd so it couldn't get amped. What a joke, glove tap to The Pensblog for the picture of said embarrassment: 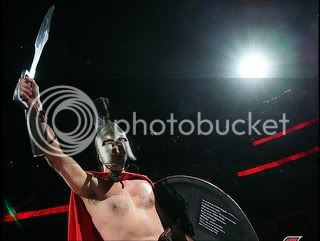 Update: Thanks to Down Goes Brown for finding video of the most awkward opening skit ever. Seriously, I felt embarrassed as a Canadian to see that show. His speech is taped to the inside of his shield! Good work by the Penguins to skate out and ruin the climax of the speech.

Things were actually looking good for the senators. They were tied 1-1 going into the biggest period of the year and were playing in front of their own crowd. How did they respond?

Classic senators playoff hockey! So the Dynasty That Never Was folded up shop and watched as a former whipping boy pick up a goal and an assist in their most vital period to close the coffin on the sens' season. All that's left is for the final nail on Wednesday night.

And all that is left in this post is everyone's second favourite mocking anthropomorphic numeral! 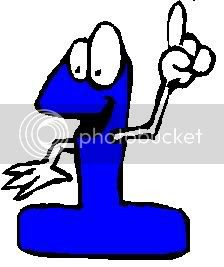