I found this somewhat amusing:

Bettman continued to indicate his reluctance to relocate any NHL team to Southwestern Ontario, a market that serves the Toronto Maple Leafs, the Ottawa Senators and the Buffalo Sabres.

That would be the Leafs, Wings, and Sabres, no?

For many in 'Southwestern' Ontario the Penguins or even the Blackhawks are closer than the Senators - who serve the Eastern Ontario market. As Cosh noted on his own blog - in Leafland it's the other way around - the market $erve$ the team. 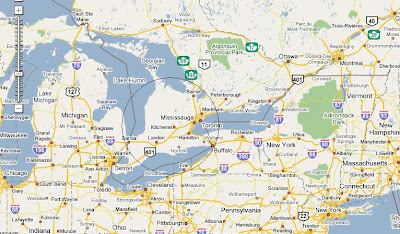