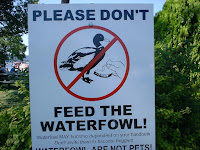 An opportunistic win by the Ottawa Senators has got them back into the series, but they have a long, long way to go to gain control of it. A second helping of ugly goals, a patient and effective forecheck, splendid board work and contributions from lines 2-4 will sustain the pressure, but even more is required to go over the top on the ducks as we will see in tonight's keys to victory:

1. The Top Line: Not worthy of Top Line minutes. Heatley and Spezza put up goose eggs in shot totals and were absent on the score sheet. While Alfie's shown a playmaker's patience, he's also being physically outworked. Has not been a Conn Smythe performance for #11 in the first three games. The bigger problem to me, is that they've been defensive liabilities, often spending much of a shift trying to retrieve the puck from The Checking Line From Hell. The Sens are simply not going to win The Stanley without big contributions from Spalfredheat.

2. The Suspension: While I think one game is more or less what I expected, I'd prefer to see revenge served up on the ice rather than from Colin Campbell's desk. The ducks have recent successful experience in coping without him and are playing with a Burke-sized chip on their shoulders thanks to their GM's always entertaining passive-aggression. Don't give the fill-ins a chance to step up and provide some headline fodder. On the Sens side, if it means anything, you need to at least give your fans another chance to boo him mercilessly and prepare clever poster-board based insults [for the record, I think Neil deserved a penalty for the run on McDonald].

3. The Power Play: 1 for 7 and was nearly blanked if not for a fortunate Alfie deflection. I agree with other commenters who have noted he was actually jerking his foot away from the net in order to avoid a kick-in call and this is what caused the on-ice wave-off [for the record, I said way back in Round 1 that Sid's disallowed goal was legit]. Heatley just isn't fighting to get in there after the dump ins.

4. The Loss of McAmmond: Given the way his line has made use of its seven minutes of action, the loss of #37's speed and tenacity may well negate the advantage of not having to play against Cockface Stinkfuck. It remains to be seen whether Patrick Eaves is capable of filling his skates [see downblog discussion].

5. Emery: Not the best application of the kneeling technique on that Perry goal, but he did come back with a stellar G2 after a questionable goal the game before. Good to see him bringing his paddle up into Selanne's ribcage - exactly the kind of response required in Anaheim traffic.

6. Contain the PPG Line: They tons of energy and were clearly unfazed by the delights of Cabaret Pink. You know a line's going when you develop an intense, fear-based hatred for them. I thought there was no way they were coming back from that Getzlaf backbreaker.

7. Adjustments: There were two neat little adjustments I noted on Saturday. The first was the "tip-chip" using the blade to redirect the puck as it's fired up ice rather than getting stopped up trying to skate it in at the line. They also resisted the temptation to flush the puck carrier out from behind the net - there were several sequences where the ducks D were safely contained behind the goal line, rather than moving out a step ahead of the forechecker.

Open thread for Irish Tommy appreciation, "celebrity" sightings of Danny Williams or Peter Mansbridge, Lauren Pronger's witchcraft and You Can't Do That On Television resets.