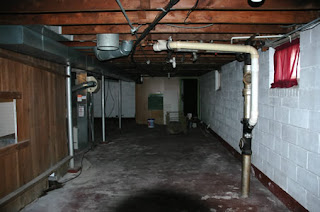 It might just be the most pathetic "battle" of the year. The winner of tonight's game between Carolina and Toronto WON'T be in 30th place.

All the same, you can't get to 8th place in the east from 15th without first passing 14th. So the Leafs need to get it done.

Carolina are injured and have zero confidence and can't seem to put a puck in the net. Exactly the kind of dog in the corner you don't want to play (See Anaheim facing the Leafs).

The good news is Toronto is healthy, have Phil Kessel on the first line, and since having our #1 and #2 goalies back have earned at least a point out of every game.
It's something, anyway.

Wilson hasn't said who will start tonight but my guess is that desperation will override the quality of opponent here and we'll see Gustavsson in net as the Leafs look for only their 2nd win of the season. Worry about Detroit tomorrow.

UPDATE 2:57pm: Now a fact: Gustavsson gets the start.