We couldn't let this die in the comments section.

"A very interesting fact was revealed this morning while I drove out there, one that I wish we had known for the last 3 months as it pretty much kills the concept that Phil Kessel's 08/09 season success is owed exclusively to one Marc Savard. Raise your hand Sens fans if you've written or spoken this at least once since the trade in September."

THM raises his hand and waves it around like a giddy schoolkid "I did! I did! IIIIIIIII DIIIID!!!!"

Marc Savard indeed assisted on 22 of 36 of Kessel's goals.  That's 61.1%.  Maybe the source that left Muppet so excited to return from Oakville for his post -- already tanked in preparation for the AM640 game day revealing of the bronze Kessel Statue @ Yong and Dundas --  entered that into his Excel sheet as a fraction, hit % on the format bar and quickly hit the alphanumeric conversion.

So to keep our accounting straight 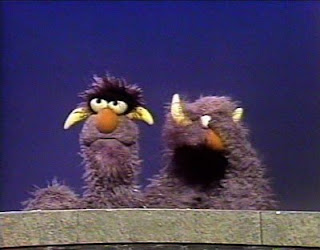