Everything completely normal here at MLSE... 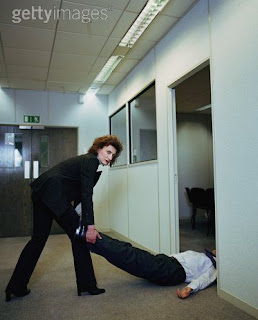 This from the Toronto Star today:

Wilson has seen his clubs battle out of early season holes before. Twice he has been behind the bench of teams that won one game or less of their first 10 and still managed to claw their way back into the playoffs.

One was the 1996-97 Anaheim team, but that was a little skewed because they started the season without Paul Kariya, then took off when he returned to the lineup.

The other was a workmanlike, pre-Joe Thornton San Jose squad in 2003-04 led by Patrick Marleau and former Leaf Alyn McCauley. It won only two of its 14 games and three of its first 19 but still managed to top the Pacific Division and make it to the conference final.