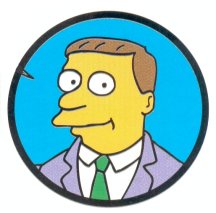 Who is Sheldon Plener?

After listening to some people it sounded like Melnyk sent a money man to beat on Mlakar, Muckler, and Murray.

Well, from reading his bio, I think Plenner has a little more sports knowledge than you might have thought:

Today he is a Director, Secretary and an Alternate NHL Governor for the Ottawa Senators, and a Director and Secretary of Scotiabank Place. He is on the Board of Directors of St. Michael's Majors and is a Governor of the Ontario Hockey League representing St. Michael's Majors. He is also an authorized player representative for the Professional Lacrosse Players Association.