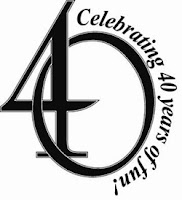 The Leafs have announced that the 1967 Leafs are coming to the ACC on the 17th of February.

In the press release:

The 1966-67 edition of the Toronto Maple Leafs captured the franchise’s 11th Stanley Cup and fourth of the decade.

No mention of the fact the Leafs haven't won or even been to the final since.
Posted by Don at 12:26 p.m.