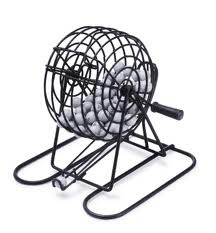 You're going to notice a very different behaviour from Senators fans this year than you would (and did) observe of Leaf fans in this situation. Where Leaf fans held on to denialism worthy of Creationists or Lawrence Soloman when the Leafs were in a similar position as the Senators in the last several years, Senators fans, with few exceptions, have acknowledged there is zero chance of a playoff position and indeed are hoping the Senators do not make the post-season this year. In fact, a large body of Senators fans are hoping for a continuance of the present losing streak.

Reality is something amiss in the psyche of a Leaf fan, but is strong in the minds of a Senators fan.

Senators fans, you're going to hear a lot of "Senators sucks!" chants from Leafs fans. The correct response: "Yes they do!". No need to point out the fact that the Leafs, 2 points ahead of Ottawa and on a 4 game win streak are still a lottery team.

You'll hear: "There'll be no playoffs for you, ha HA!". The correct response: "It's great! We'll have a high draft pick to look forward to!". No need to point out that the Leafs still need to pass 5 teams to earn a spot in the dance and have no draft picks.

You'll hear: "The Leafs are gonna [sic] beat the Sens on Feb 19th!". The correct response: "I hope so! That helps motivate changes! That helps us in the draft!".

You'll hear: "THM is gonna [sic] owe Muppet money!". The correct response: "THM is good with his money and put $150 [of which he'll likely keep $100] in an envelope in his safe in September as a contingency! (true)"