FINALLY A BoO GAME THAT MATTERS!

Last weekend the Leafs and Habs reignited a rivalry. Hopefully we’ll see the same bitter renewing of vows tonight between two teams that have not played many meaningful games lately. The winner of this game leaves the other behind them in the standings. A refreshing plot twist. 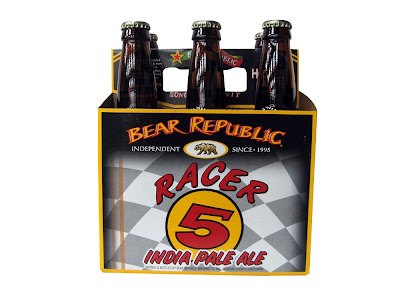 1. DAMAGE CONTROL.
Alfredsson has, over his career, played almost an entire season against the Maple Leafs with 75 games. His 70 points is quite the success story. Leaf fans will boo him for the Tucker and Sundin incidents, which while a bit tiresome at least means sounds will be coming out of the mouths of ACC patrons. Phil Kessel, meanwhile has 34 points in 37 games in his short career against the Sens, some while with the bruins.  While not having a great year by Kessel’s standards, he is still putting up points despite his insistence on doing the same things, the same way, every night. Look for a couple of wrist shots from 43 feet away. Maybe a game against Ottawa is just what he needs.
EDGE: Both these guys find a way in these games. Coin flip.

2. DRAFT BUDDIES.
James Van Riensdyk and Kyle Turris were drafted 2nd and 3rd back in 2007.  Before either really had the chance to mature they were eventually traded to the BoO. Turris seems to be picking up assists with regularity while JVR is Toronto’s leading goal scorer. One has to figure both Murray and Burke/Nonis feel pretty happy about what they paid for two young dynamic forwards, but thanks to injuries both players need to shoulder a bigger load in tonight's game for their team to succeed.
EDGE: JVR. Because he’s playing with Phil Kessel and not Eric Condra (who?).

3. WARRIORS OF THE WOVEN WOMB.
Wait, did I just beat Joe Bowen to a goaltending alliteration? Probably not. I'll wait by the phone for his lawyers to call.
Anyway, Scrivens vs Anderson. Look at me attaching a white handkerchief to a stick and waving it sheepishly in the air.
EDGE: Ottawa.

4. PISS AND VINEGAR.
Chris Neil and Zack Smith have provided all four fights from Ottawa this year. In Toronto it’s been a little more spread around, with Orr, McLaren, Brown, Frasor, Kotska all having thrown down. You could even include Grabovski if one of the Sens players puts their arm into the mouth region of Grabbo's face. While some Leafs fans criticize the team for having too much fist and not enough skill on the lower lines - everyone agrees that staged fights off the faceoff are pretty tired - Carlyle has used fighting and hitting and shot blocking as the basis of a team identity that frankly is fun to watch. There is solidarity between the players and to paraphrase what Kadri said about the Leafs muscle: "Those guys get our legs going". It's too bad Burke doesn't get to enjoy the team he once promised.
EDGE: Toronto. Expect Frasor/Neil and Smith/Brown to possibly go if Brown is back in the line-up.

5. SHATTERED ARM LUPUL? THAT’S SO CUTE I COULD PUNCH A BABY.
For the last two days I’ve reached down and pinched my Achilles tendon and then dry-heaved thinking about a skate sawing it nearly in half. The Karlsson injury was hideous, to understate. Add Spezza to the Sens injury list and Toronto fans can’t feel too sorry for themselves. Obvioulsy missing Lupul sucks and Reimer was playing 1A in the cage before exiting last week while Frattin was a point-per game player before his surgery. But they are all short term losses. You don’t replace a Norris winner or your 1C when they are gone for the season.
EDGE: Toronto, but seems like injury riddled teams are tough to put down.

6. TWO WINS. FOUR LOSSES.
The Leafs and Sens share an identical record when it comes to playing at home (Toronto), and on the road (Ottawa). During the Leafs last home game against Philly, a convincing victory, the fans gave a standing ovation after the Leafs convincingly killed a 5-minute major. Maybe this is a sign of things to come, both in home success and noise? Meanwhile, the Sens have dropped their last 3 on the road.
EDGE: Fuck knows. I just needed a 6th thing.