Couple of charts I've been fooling around with to see where this edition of Your Ottawa Senators stands. 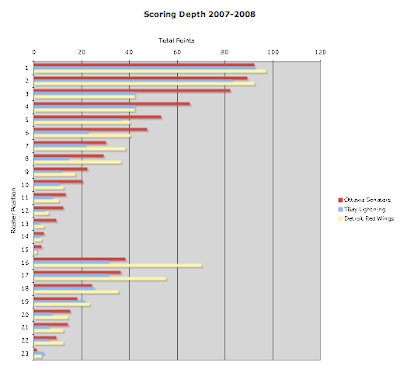 2. Last year's 5v5 points per 60 minutes of ice time by position (same benchmarks, data from Behind the Net) 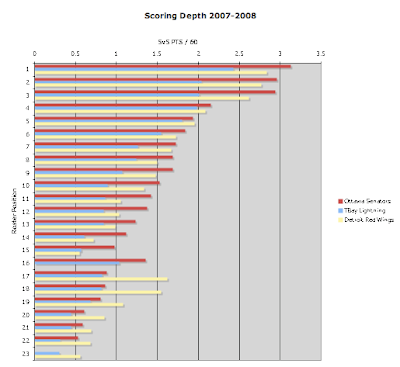 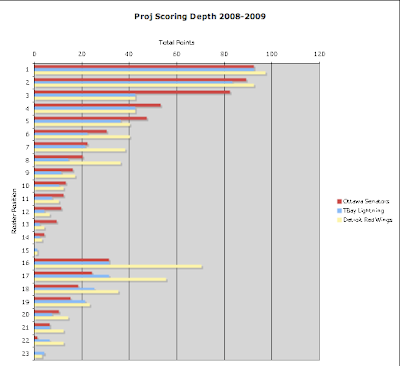 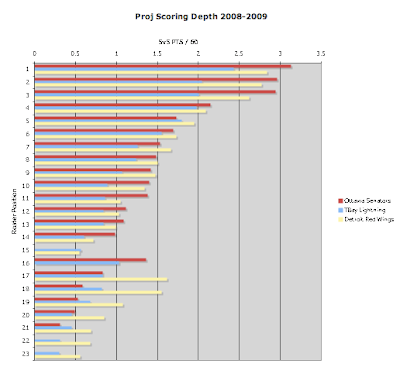 a) Detroit adds Marian Hossa to the depth chart and uh, they also still have Nick Lidstrom.
b)Tampa Bay signed like two or three dozen forwards in the off season, so the third and fourth line vacuum is less of an issue.
c) Ottawa? Two of their defensemen and one forward had no even strength NHL points last year. While that's obviously going to change and the chart is an overly negative representation, putting up Meszaros/Redden/Corvo or even Stillman numbers could be a stretch.

Ah well, chin up and let's have a look at what comes out of training camp.
Posted by Jay Jardine at 1:17 a.m.